RPM has been a leader in street performance and drag racing media since 1998 and is best known for coverage of a diverse number of race organizations and individual drag race AND street machine enthusiasts in every issue. With contributors worldwide, we get stories out while they are current, not ancient!

RPM is also published IN ITS ENTIRETY online 20 days after each month’s newsstand date, ensuring that your marketing efforts are maximized.

As an RPM advertiser you also have full access to the “Front Page News” section of the cutting edge RPM website for your company press releases or announcements. All front page news articles are sent in real-time to social media such as Facebook and Twitter.

Unlike performance or race “only” publications, RPM readers are the performance enthusiasts and racers… the people who buy your products and services. From enthusiasts or hot rodders with a street machine in their garage, to serious hardcore racers and those who own/operate retail performance/service shops, warehouse distribution facilities and manufacturing firms, there is a strong dedication by RPM readers to learn about and purchase those brands that we bring to them each month.

RPM Magazine’s partnership with Ian Hill is now in its 3rd year. As RPM’s first ever sponsored racer Ian’s race team can always be found at RPM’s events and helping to promote the Magazine in the Grudge Racing circles. Ian and his Race Team annually fund raise to support the RPM Kids First Foundation (RPM’s Charity of choice) which raises money for the charities that focus on kids, where 100% of the donations go to the end user! RPM Magazine has been a large player in bringing the No Time Grudge scene into Canada along with Ian by not only Presenting the Smackdown each year, but also partnering in finding support for the race. New for 2019 – Ian Hill/ OGW is Partnering with RPM to bring our Ontario based No Time style of racing to TV during the ALL Out Live event at Lapeer Dragway in Michigan August 8-11. Look for the staff of RPM and Ian at PRI and TMP this year! 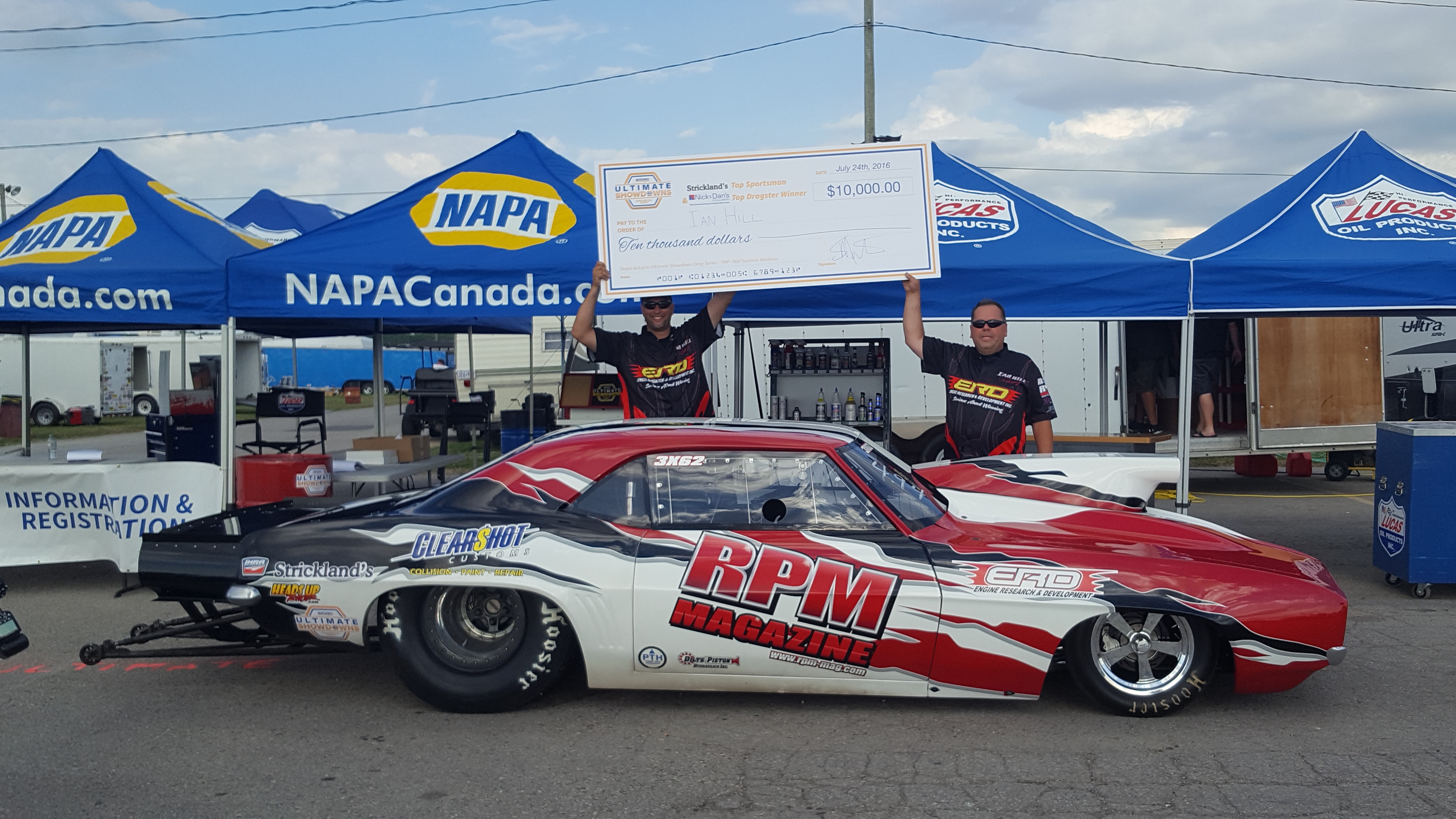